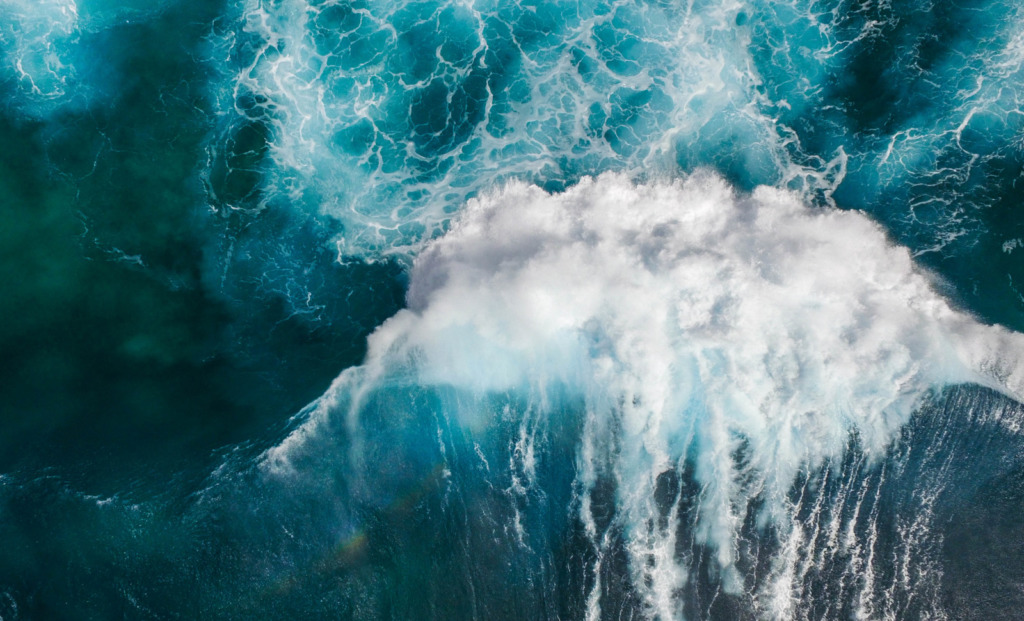 How To Survive And Thrive In ‘The Blender’

This story originally appeared on Forbes.com on February 19, 2020

Inside complex corporate cultures, fresh thinking regularly gets attacked, or worse. After a career spent feeling and healing the cuts, I decided to try to figure out what was happening and why. I also ended up giving it a name, because it helps to classify your enemy as something familiar — makes them less scary.

Here’s a scenario you may recognize. Your team is tasked with developing an idea, something better that will make an impact. You work hard, taking time to craft a simple, elegant solution — a refined concept supported by research, creatively expressed yet rationally considered. You bring it to a wider group, and smiles light up around the room.

Then you start to build. The smiles recede.

When you’re done, you are exhausted, frustrated and despondent. During the concept phase, you conceived something new and magical — a Tesla in a world of internal combustion. Today, you’re looking unhappily at a wobbly tricycle.

You just experienced The Blender: a whirring, churning beast that takes a huge bite out of productivity and growth in every category.

What is The Blender?

Every company operates like a system, a machine made of structure, process and culture. At the heart of each system, you’ll find the most valuable and least understood assets in every business: people.

How these components interact with each other creates movement, and how new ideas are received leaves a mark. The system spins and cuts. That is The Blender. And yes, the blades are people.

How much havoc does The Blender wreak? Let’s look at the $1.3 trillion spent on digital transformation every year. BCG estimates failure rates between 50% and 75% and McKinsey tells us the failure is “largely due to employee resistance and lack of management support.” The math is easy to do, yet the scale of the problem is hard to imagine. That’s The Blender at work.

Why does The Blender exist?

Most people are not naturally serrated. Antagonism is conditioned until rejection becomes habitual, pushing away what they do not understand or, more importantly, what they had no involvement in creating. Fear of the potential damage to their own initiatives is also a factor, as your idea draws oxygen away, making it weaker.

How do good people end up getting blended?

In part, it’s our own fault. We get so focused on defining and refining our precious new idea that we forget that others need to see it, contribute, participate to believe in it.

So we reveal them too late, fully formed. We look for admiration rather than contribution. We show others we don’t need their input, just their applause.

As creators, our bad habit is devaluing their potential to make our idea even better. And every time we do, we willingly cast our idea into The Blender, believing its brilliance will be enough to protect it.

How To Spot When You Are Inside The Blender

The journey through The Blender is a perfect example of “death by a thousand cuts.” The process has three tell-tale modes to look out for:

What matters to you is not what matters to them. As you socialize your new idea, the responses you receive are based on what others value or believe is important. Deconstruct any piece of negative feedback, and you’ll uncover those personal motivations quickly: Misaligned objectives, perceived impact on personal incentives, or a feeling of being overshadowed or devalued by this new, shinier thing.

Each piece of feedback leaves a mark. Looking at feedback as a set of motivation and marks will reveal patterns. Those patterns will show you how deep inside The Blender you really are and how permanent the damage is going to be.

Changing your idea to make it more palatable usually involves reshaping or diluting something. The heal remains visible, and over time, what you have looks very different from what you started with. Be conscious of how much impact you are accepting to placate subjective feedback. Often, we go into triage mode and just try to keep our idea alive, caring less about how healthy and useful it will be when healed.

How To Survive Life In The Blender

Over the last few years, we’ve built a few tools to help teams survive the journey through their cultural blender. Here are three takeaways:

1. Build a culture team alongside your creative team.

Now that we can recognize this previously unknown force, we can staff up to meet it head-on. Allocate 20% of your project hours or people to the cultural integration of your idea, to spending time engaging with the people you need to support your idea. It sounds like a lot, but the potential damage they can cause if you ignore them will cost you much more.

Don’t just engage people; get to know what makes them tick. Listen to every stakeholder, and build a picture of both shared and individual drivers. They will tell you what matters to them and what they need. Once you’ve listened, codify your insights. Create segments or personas just as you would with customers, so you can go in armed and ready. Remember, you aren’t just protecting your idea from the blades; you are also looking for ways to blunt them or avoid impact completely.

3. Involve them early, and turn The Blender into a filter to make your idea bigger and better.

Do all of this from day one. From the minute you start developing a new idea, start working on how it will survive and thrive in the culture you work in. Bake cultural fitness into your road map from the start, and turn your blades into willing builders.

Change is hard because new ideas are more fragile than the tangible solutions that exist today, no matter how outdated or underpowered. Recognizing and navigating The Blender is a big step in helping these new concepts grow stronger faster and survive the journey to a successful launch.