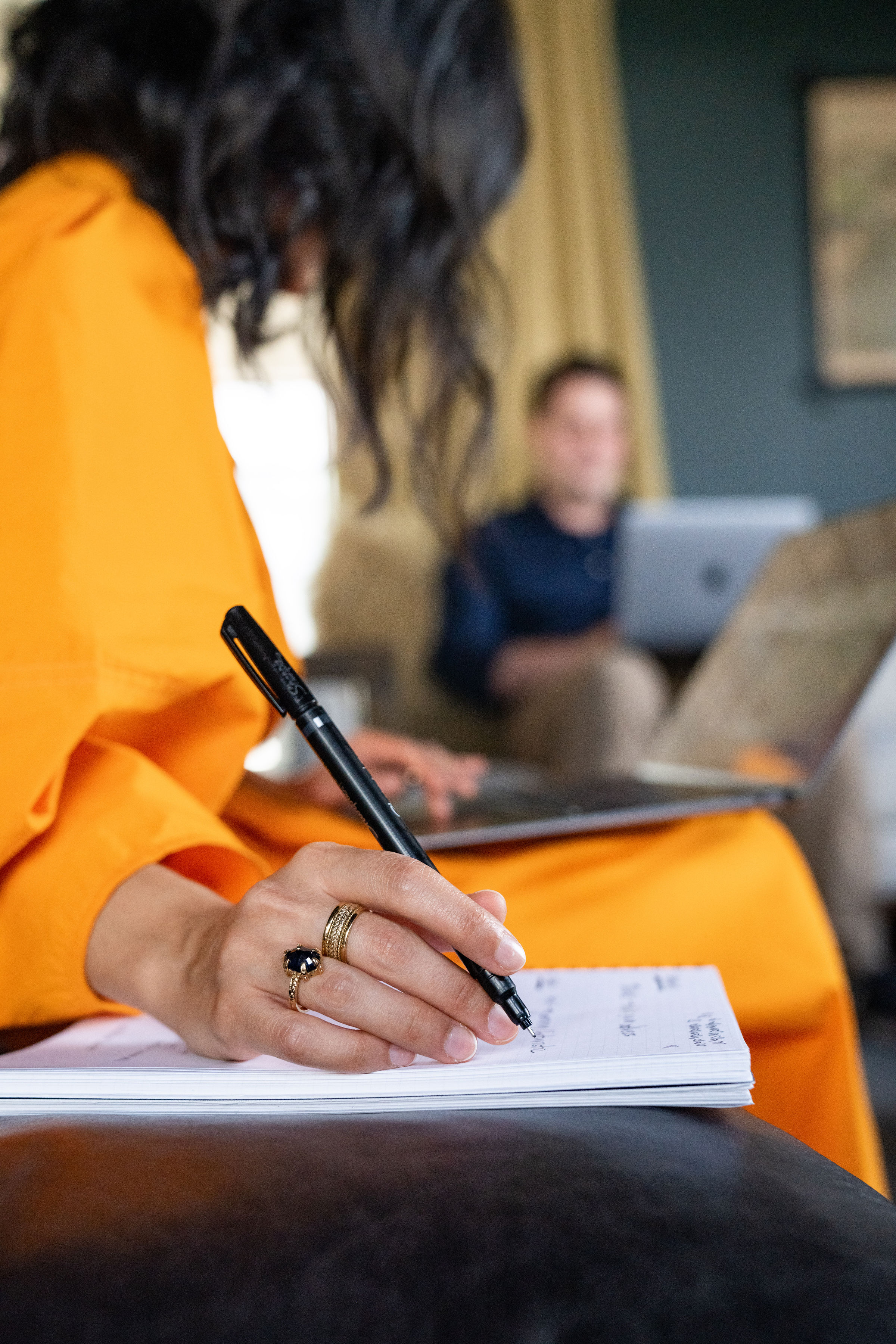 It turns out there was a reason I found myself seduced by the twirling stack of pastel bound notebooks in bookstores or the panoplied wall at office supply stores full of seemingly unlimited options of pens – felt tip, ballpoint, gel roller, HB 2 graphite, Sharpies, and more.

The first reason you might find me scribbling away with some new writing implement … is a grim one … the illusion of productivity is the jarring sort of insight that only comes from reddit. I have to confess, shopping for notebooks and pens and pencils was far easier and dopamine-inducing than actually putting them to some good use, much to the chagrin of a decade’s worth of school teachers and coworkers alike.

But despite the shared illusion of procrastinators everywhere, there did seem to be some unshakable merit to these simple, analog tools beyond the fleeting joy of just procuring a new Moleskine or de-celophaning a fresh legal pad. As Mark Twain once never said “The report of my death has been greatly exaggerated.” The same is true for our beloved pen and paper - the target of constant replacement by the fruit people (Apple, Blackberry, etc.)
‍

My experience told me that I actually retained information better when I just used a physical notepad even if accompanied by the ubiquitous sketches of a 3D cube or a little house with smoke coming from the chimney, dramatized by squiggly lines disappearing into some chicken scratched notes about “next steps” or “groceries.” And it was in my sisyphistic search for a new pen upon which I stumbled upon the research that inks my case for pens and paper.

Pen and paper increases idea generation 4x compared to typing. There’s simply something about the connection between mind and matter, the extension of the brain through the fingertips on a physical surface, the actual restraint of a physical medium that makes our brains hum to life.

Pen and paper reduces distraction by almost 3x! The pen may be mightier but like the sword, it still has two edges! The same source of my constant distraction searching for the perfect pen was also the antidote to that wandering focus. By closing the screen we can, in fact, sharpen our focus and be more productive.

Pen and paper increases retention by 13%. Neil Gaiman — the beloved author of Coraline and American Gods, among many others — describes his creative mind as a “compost pile” of thoughts and ideas never knowing which will come forward in a moment of need. By using pen and paper we strengthen that reservoir of ideas to be recalled during an opportune client meeting or maybe even a revelatory moment staring at an inscrutable problem.

Having sufficiently argued my case, I share with you below a gift … the greatest of these little barrels of imagination and creativity ever assembled. After ten years I am confident in sharing the definitive list of the most compelling writing implements yet discovered by man and woman alike. I encourage you to go forth and reconnect with the analog world. Break the inertia of a blank page with a strong cup of coffee and a deep whiff of a fresh Sharpie (which deserves an honorable mention).

#1 - Sakura Pigma Micron Pen Size 05 Blue Black Ink. Understated in its aesthetic, but utterly sublime in its substance. The Pigma Micron — originally designed to democratize access to archive-quality ink (it says so right on the label) — has become a mainstay for fastidious note taking. It glides across the page with just enough friction for a joyfully efficient line. Blue-black ink is the one you want.

#2 - The Rotring 800 Mechanical Pencil. I wouldn’t need to tell you it was German for you to realize it. Brusque. Even brutalist in its design. A homage to industrialism, the perfectly machined mechanical pencil is the apex in reliability and practicality. It travels with me everywhere and has the bonus benefit of being a self-defense weapon in a pinch. I’ve had mine for almost ten years with no issues other than replacing the tiny little eraser.

#3 - The Palomino Blackwing 602 Firm Pencil. Just a perfect pencil. Rumored to be a favorite of Vladmir Nabokov and John Steinbeck, the only reason this isn’t #1 is the dependency on having a good sharpener nearby to maintain your point at all times. It’s my go-to home office pencil where I have installed an industrial sharpener found in every elementary school classroom.he only thing holding this baby back is transportability.

#4 - Uniball 207 Retractable (Formerly called the Gel Impact RT). I was introduced to this pen by my high school physics teacher. I could hardly pay attention to his description of force-pairs and centripetal forces, so mesmerized by the sweeping bold lines and the satisfying click of the retractable pen, was I, as he made his point. I only recommend this for fans of strong, bold lines. Not for your fine point chirographists. Plus it auto-retracts when you clip it to your pocket so you won’t get any ink spill on your shirts.

#5 - Pilot Precise v7. This is the oldie-but-goody. The design dripping with 1980s aesthetic, the v7 you’ll find with a slightly bolder line than the v5, which fits my personal style.They are prone to leaking, yes, and the tip does tend to bend with too much pressure over time, but isn’t that the fate of all of us? You also get the removable top and clip which you can play with when you’re nervous in meetings.