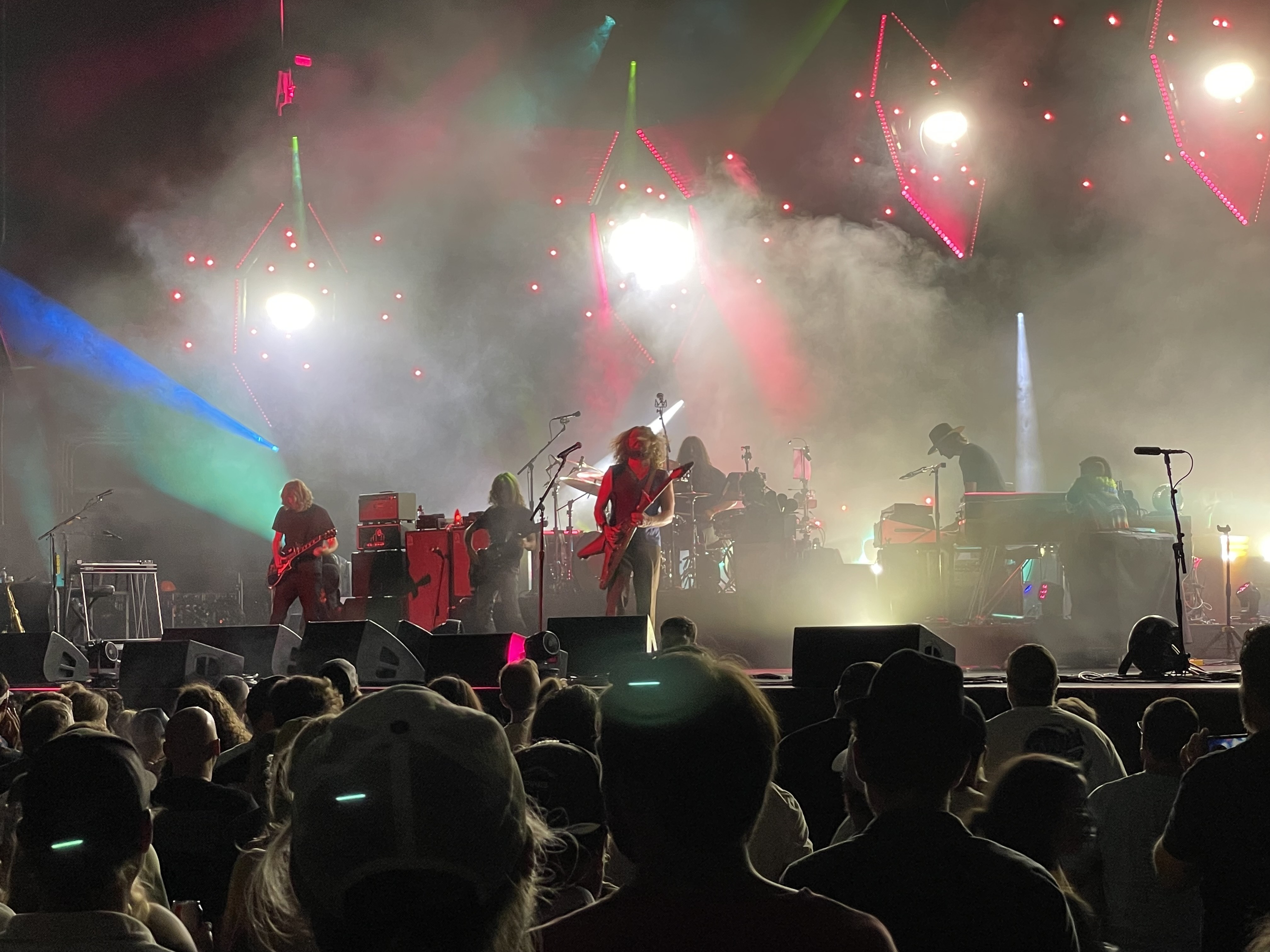 Marketing for HR: The Power of Music in Internal Communications

I recently had the opportunity to attend a live concert. In person. With actual human beings. Together. I didn’t know how much I had missed live music until I actually experienced it for what seemed like the first time again.

I almost didn’t go. I bought tickets two years ago and the concert had been rescheduled to a Tuesday. The week was packed and there were kids to put to bed. But in a last-minute FOMO panic, I knew I had to go. I put in a frantic call to my dear, sweet, wonderful, gorgeous, brilliant mother-in-law who lives a couple miles away, and she scrambled over to the house. My wife, Erika–who had been in her PJ’s only moments before – and I were waiting in the driveway when Mom arrived. At the first sign of her headlights coming down the street, we zoomed off with a fleeting “Thanks-Bye” wave out the window in passing.

We arrived to a sea of people 20 years younger than me. They were all fresh and beautiful, and I tried to suck every bit of youthful energy from them as we made our way to our seats.

Then, for the next two hours, we were all bathed in glorious sound. Big canyon grooves, nasty riffs, and hard-hitting beats, all backed by something I haven’t heard in a long time — communal singing from the crowd. Something magical happens when everyone experiences the same thing at the same time in the same place. That’s how Nick Roth, our Director of Employee Experience, defines culture. It honestly didn’t even matter what genre it was, or that the laser lights and big screen graphics were mind-blowing, or that we had all waited so long for this moment. It was the simple joy of music and all the human emotions it brings with it.

Why did we all feel that way? The effects of music on humans, particularly in branding and advertising, has been widely studied. Some even dedicate their careers to it. Like award-winning academic David Huron, the Canadian Arts and Humanities Distinguished Professor at the Ohio State University, in both the School of Music and the Center for Cognitive and Brain Sciences.

Dr. Huron has proposed six ways that sound and music impact humans in communications. In short, “music has a significant influence on the consumer's emotional state and mood, which is an important concept in the establishment of attitudes.”

Entertainment: Music helps grab the viewer’s attention and cues them into the desired emotional response of the communication. Is the music fast, modern, and exciting? Is it slow and tender, even timeless? Much like great design or motion graphics, music has a major influence on the aesthetic of a communication, and thus the viewer’s perception.

Structure and Continuity: The harmony and melodies in a video’s music can help establish narrative. Beats can change to support a cut in editing, creating continuity. It can ascribe importance to a dramatic moment or line, or even establish character traits of the talent. The highs and lows help the viewer travel through the communication and know what’s important.

Memorability: Similar to smell, music and soundare two of the most effective techniques that advertisers leverage to create memory with high recall. Much like a logo, mnemonic tones for brands such as McDonald’s, Coca-Cola, and AT&T act as memory aids that trigger emotions and attitudes.

Lyrical Language: Due to a constant bombardment of many thousands of messages every day, audiences have become desensitized. But by combining speech with music, communicators can convey messages without viewers even being conscious of it.

Targeting: Music can be used to target specific audiences and draw them in. Different tones, pitches, and tempos come together to appeal to specific groups based on age, location, and even the nature of their work. Who is hearing the music is as important as the music itself.

Authority Establishment: Using a specific music artist or a song that holds specific meaning with an audience can help establish the credibility of a message. One could say that music is worth a thousand words.

When I was coming up in the advertising world, television spots were still king. I once asked an old creative director of mine what made a 30-second spot great. He said, “Music is 50% of any spot.”

Great video or broadcast advertisements may appear simple and gorgeous at the surface. But behind the scenes, a complex choreography of many finely-tuned factors are working together in harmony. Without music, video would be bleak and emotionless. Just try watching your favorite ad or even TV show with the music off. It’s weird, right?

Savvy marketers know this. But when we look at internal communications, music is often an afterthought. One can imagine how much opportunity is being left on the table when trying to earn the attention of their employees and appeal to their emotions and sense. Afterall, change is ALL about attitude.
‍

As you craft your internal communications –especially as it relates to video and experiential efforts that employ sound and music – consider how you can apply the impacts above to your deliverables.